Into the Mind of Ci 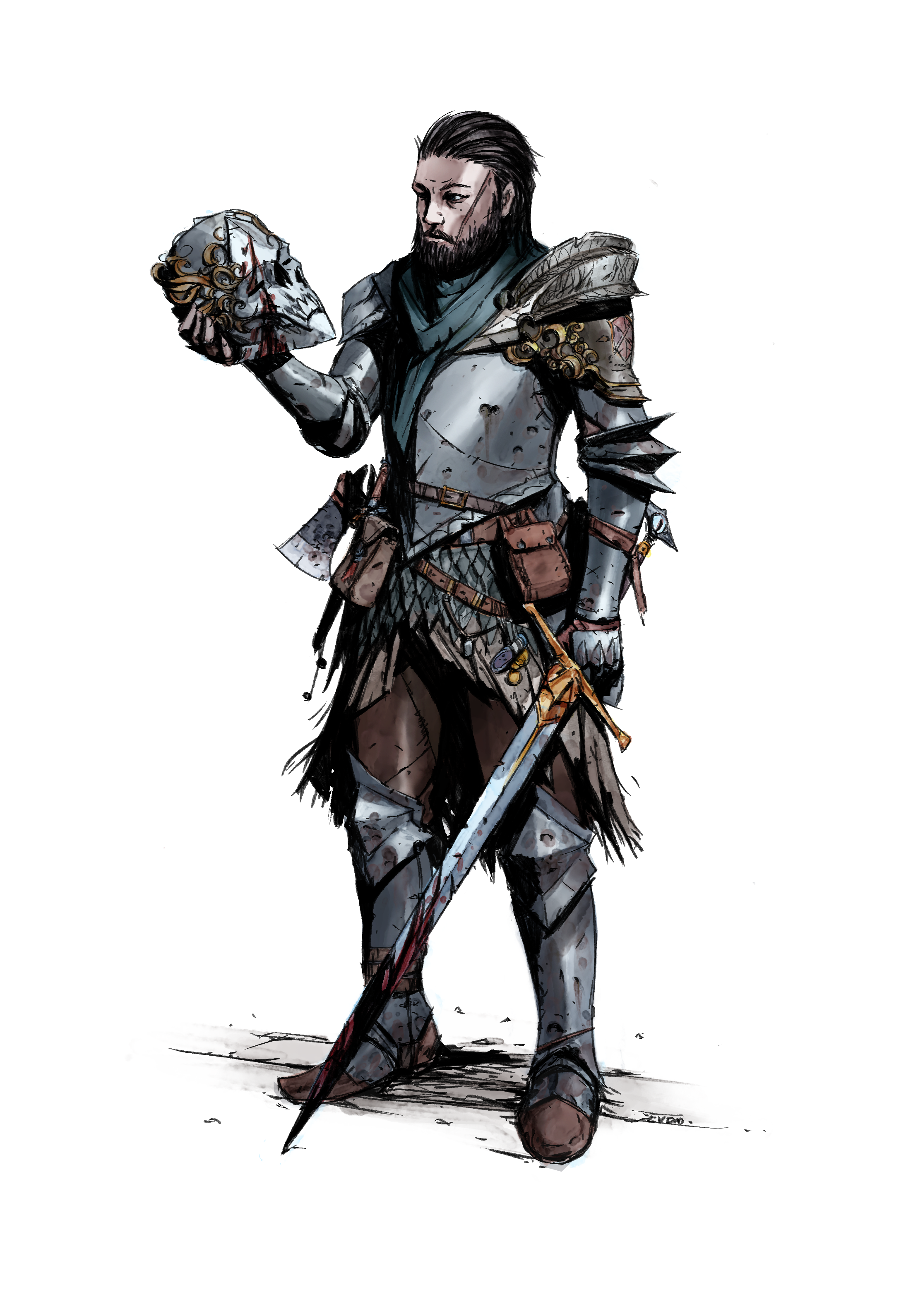 Your memory drifts, Blattbyte. If perchance it has strayed too far, gather what faculties remain and learn from this. I am not known to believe in wonder but should you not have forgotten the workings of your cryptograph, read, read and read once again until you have discovered.

Take heed, your former self demands it.

The following texts interpret the necropsy report and study of whom one believes to be the Illusive Damon Si. A thorough examination is necessary to make certain the subject is in pertinent condition for the disputable, rite of influence. Regrettably, all hope of any wisdom hinges on this very element. An undemonstrated method for a desperate man.

I have precluded the exact location of the proceedings, should any being decipher this tome and discover what I have learnt. If eyes other than my own bear further witness to the potential knowledge inside, know now, that you are my enemy. I will not hesitate to hunt you to the corners of this world and melt your balls into candle wax. This will be my only warning. Leave what you have found or suffer peril.

Very well, I shall begin.

I first came to the vast wintered shores of Manelci upon hearing fishermen’s tales of the Sailing Soul. A face in the bark of an upright floating tree stump, to be unambiguous. I have removed myself from the comfort of what I call home and found a suitable compromise on the island. No simple task but my life may very well depend on it, so it is necessary. The risk is all mine but I am confident I have found what I seek.

The stump was retrieved from the eastern coast. At dawn, near three full days ago. Fascinating how the waters carry it along its current. Weeks may pass before setting eyes upon it again but with a consistent speed and direction known to be natural to the indigenous. They do not fear it, nor do they attempt to understand it. It simply, is.

It was not difficult to anticipate its migration over time. Bringing it to shore proved more intricate however. Many nets were cast over to secure and bring it to the beachhead. A sense of urgency was needed but I could not bring myself to look away from what clearly resembled an iron skull than the likeness of a face. Notions of a body cocooned within bark and sap provoked me to press on but I must confess, my excitement was difficult to contain.

Nearby cliff dwellers offered much assistance in hoisting and securing the stump onto a horse-drawn wagon for amidite parting. Paid handsomely in black pearls for their assistance but more notably, their silence. If this procedure is to succeed in any form then inconspicuousness is of paramount importance. Traversal across the coastline to my cavernous retreat proved most uneventful but for the adverse weather conditions. I would stop at nothing.

Upon arrival, the tree stump remains intact and well-preserved, however a small quantity of bark had shed away along my travels. I shall keep these samplings for later use should the moment arise. The colouration is, unusual to me, with veins of lavender beneath the tree’s most outer layer. A foreign strain indeed that refines the senses at a whiff. I dare not consume it in any form at such a premature moment in my findings.

Chipping away at the bulk has revealed an inner layer of faint crystallized lavender sap, that is seemingly uninterrupted by the new change of surroundings. The very same form of sap that masks the iron skull. This will take time to strip bare.

Fascinating, little to no wood remains and my preliminary examination has revealed what I had hoped, for so long. A body, idle and cocooned but further still, adorned in a complete suit of armour. The helm is partially detached from the rest revealing the lower facial features of a face. An unkempt ebony beard, left ear and left ruby red eye are clearly visible, as is the snarling expression. Both hands have a firm grip around the hilt of a worn bastard sword, held in what appears to be a roofguard stance above the head. Sap has formed significantly under the feet suggesting the subject may have leapt, or perhaps been knocked back with measurable force prior to its now suspended position.

Curious, it is as though he was frozen in time of impassioned conflict.

The sap itself makes very little sense to me. It pains me to defy all I have learnt in my years as a scholar but one must not rule out the possibility of, capable sorcery, if such a thing truly exists. In time I shall learn. There are no signs of measurable damage or imperfections to its exterior, in spite of my tampering. More like diamond than hardened sap and extremely cold to the touch even still. No amount of flame nor any momentum of blunt force can bring it to ruin. A more methodical approach is required. Come first light I will have devised a plan but for now, I grow tired and must rest.

Salt of Moira has been applied to surgically melt the sap composed cocoon. Enough to completely remove the body from within. In doing so the salt appears to have exuded a cool vapor almost as cold as ice itself, refreshing with a vinous fragrance, odd as it sounds.

The sap has been successful in preserving all within. Nothing has been exposed to the elements, nor have the elements disturbed anything in any way. Though clearly worn by time, the armour displays little rust and must have been wholly shielded from the harsh salty waters surrounding this land.

The body however, has now been stripped and cut away from the armour but its appearance puzzles me further.

It is as though the skin is made of sap. It resembles a close colouration to the sap but not quite as rich. Be that as it may, further study of the veins bears similar in colour to the main body of the sap itself. The toughened molasses has affected nothing else to the extent of the flesh.

Heat from many hot coals has been applied close to the subject’s joints and with great ease this has granted a more manageable alignment for continued study. It would be apparent the harshness of the sap is weakest in these areas and at a great convenience to me. It now remains merely as a gloss.

As foretold, the body is indeed that of a man at least forty years of age. Adult male genitalia confirm this. The subject measures somewhat above average for a human male in height but it is difficult to determine an exact weight according to retained sap. Despite several examples of lividity across the face, arms and upper torso, the body shows no peripheral signs of catastrophic damage. Notwithstanding there are several scars spread about the body, consistent characteristics of beings with a martial stride. The face is now more visible. The black of the eyes are wide open and the colour displays a natural red, not common amongst human kind. The hair is long and not particularly well-groomed showing traces of lice close to the roots. The sap has done well to keep any stench or aroma at bay though the general cleanliness of the skin may propose otherwise.

Calluses are present on the soles of the feet and also the palms and fingers of both hands but predominantly on the left.

The head displays a large scar from the left temporal to the chin, the largest on the body in fact. His teeth are in surprisingly good condition with the exception of two wooden replacements to the rear of the top left row. No major abrasions can be seen on the flesh and bone surrounding the top of the skull. The brain it would appear is untouched and perhaps within the correct parameters for the purported ritual.

It is quite impossible to conduct a thorough examination of the subject’s inner workings, without causing a considerable degree of irreparable damage, or worse still. For now, he shall remain untouched in this regard but for a small vile of blood extracted by needlepoint. It is tough to penetrate the thickened skin with such a delicate tool but I endured. Five samples have been taken from the neck and all four limbs.

His blood gives the impression of a healthy man of his figure. Crimson in colour and an ordinary consistency akin to that of the living and breathing. Quite unusual for certain, considering the circumstances. Could it be?

Placing one’s ear upon the subject’s breast, I am beside myself with both worry and ecstasy. His heart beats still. At first, I gathered it was the deepness of the cave playing tricks on my senses but the man lives on with but a flutter.

The Sailing Soul is brought to bear.